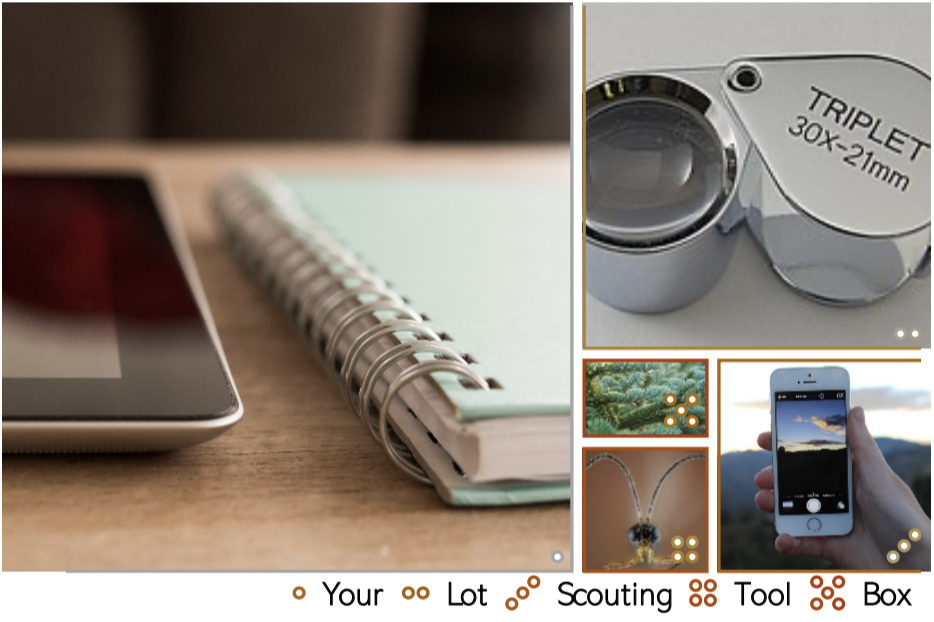 When temperatures are finally starting to warm up, you can be sure that insect pests are going to be on the move too.

Scouting for unwelcome visitors may not be at the top of your list as the warmer weather provides an opportunity to start checking off to-dos, but a bit of prevention goes a long way in controlling insect populations in your lot(s).

Many species of insects over-winter in Christmas tree lots and emerge in the spring and early summer hungry for new growth and fresh foliage. Make sure that you know they’re there before they become a problem.

Scouting doesn’t have to be a formal event; chances are you’re spending enough time in the lot lately that you’d notice any new issues.

The trouble is- many common lot issues present the same symptoms. It’s important to correctly identify the cause of the problem so that treatment can be effective and efficient and relatively inexpensive.

It’s good practice to carry a notebook with you when you’re out working so that you can write down observations to help you later with identification.

A hand lens and camera phone will amplify the quality of your notes.

Consider putting together a simple scouting tool kit like the one pictured here or the one discussed in the Lot Scouting LunchBreak session, available on YouTube: https://www.youtube.com/channel/UC-aVbmRhEVXJvPV7y–b54A

Some symptoms are easy to spot. Red needles, for example, can be identified from a drive-by but identifying the cause of red needles is much trickier.

Most diseases, disorders, and insect infestations will cause red needles.

If there aren’t any obvious environmental causes such as mechanical damage or drainage issues, chances are the problem is insect related.

We have put together a shortlist of some of the insect visitors that aren’t welcome on your tree lots. You can find a cut-out
of their mugshots at the mature larval or adult stage in the latest CTCNS Journal on page 6: Click Here.

Balsam Twig Aphid
Twisted, curling needles and the presence of bees and hornets are indicators of Balsam Twig Aphid. Aphids secrete a sugary substance known as ‘honeydew’ that attracts the bees and hornets. The honeydew can lead to black sooty mold that is found on the stem, trunks, and needles of the infected tree, as well as on the ground around it. The stem mother is blue-grey in colour and her offspring are yellow-green, sometimes covered in a waxy powder. The eggs are also covered in this wax and are pale tan. Earwigs, lacewings, ants, and lady beetles are all beneficial insects that can control populations of BTA. Encouraging beneficial predators is the best way to mitigate BTA as some synthetic pyrethroids can kill the beneficial insects off.

Balsam Wooly Adelgid
Yellowing, needle loss, and crooked terminals are indicators of Balsam Wooly Adelgid. Trees will often exhibit swelling of buds and branches and stiffness of the truck. White cotton-ball like masses will be present on the trunk and branches at waist height. BWA will cause mortality and infests entire lots quickly. Infested blocks should be clear-cut, an insecticide should be administered at the first crawler stage (bud break).

Balsam Fir Sawfly
Larvae will feed on the previous year’s foliage first. Second-year foliage will be chewed and reddened while older foliage will be entirely gone. The larva has green bodies with black striping and will emerge late spring to midsummer. The adults look like small wasps. They do have natural predators and diseases that will normally control populations. Alternatively, the insecticide can be used as a control.

Eastern Black-headed Budworm
Green-yellow larva with dark markings and blackheads feed on conifer needles. The adult moth is grey with a brown wing pattern. Adults lay eggs in late summer and the eggs overwinter. In the late spring, larvae emerge and pupate mid-late summer. They do have natural predators and disease but can also be combated by an insecticide.

Gypsy Moth
Gypsy Moths are an invasive alien species whose larvae feed on conifer foliage- completely defoliating the tree. The larva is dark in colour and hairy. They have a distinct red and blue spotted back. Female adult moths are white with dark patterns, they have wings but do not fly. The males are brown with black markings. The larva emerges mid-spring to late summer and adults are present late into the fall. They can be controlled by trapping, removing (and destroying) egg masses in the fall, some natural predators, and insecticides.

Hemlock Looper
Hemlock Loopers feed on needles and will completely defoliate a tree. The larva is cylindrical, greyish, and hairless. Adults are beige-brown with two dark lines in the forewings. Older trees are usually targeted so lots with seed trees are at risk. They do have natural predators.

Rusty Tussock Moth
Rusty Tussock Moth will target fir trees, attacking the current year foliage and turning it brown. Later in the season, they’ll move to any age foliage. Larvae are dark and hairy with black heads. They have yellow bellies and short yellow tufts on the back with orange spots. They also have longer tufted dark hair behind the head and at the tail. Adult male moths are orange-brown, and the females are light tan with hairy bodies. Control can be accomplished by collecting (and destroying) egg masses in the fall and natural disease. Infestations are usually short-lived, and chemical control is normally not necessary.

Spruce Budworm
Partially chewed needles and dead buds on branch tips and treetops signify a Spruce Budworm infestation. The larvae have a dark green body with 2 distinct rows of paired white dots along the back. The moths are greyish brown with silvery patching. They do have natural predators. Larvae feed mid-spring to early summer; insecticide should be applied just after bud break.

White-marked Tussock Moth
White-marked Tussock Moth outbreaks are becoming more frequent across NS. The consumption of whole needles signifies an infestation. The larva has a red head, long dark tufted hair behind the head and at the tail, and 4 grey-blue shorter tufts along the back. They also have two bright red spots on the back. Adult males are ashy grey and females are off-white and wingless. Larvae emerge early to late summer and adults are present late summer through to the fall. They do have a natural parasitic predator that can decimate the population. Additionally, collecting (and destroying) egg masses in the fall is an effective strategy.

Balsam Gall Midge
Swollen gulls at the base of current-year needles and needle yellowing are indicative of Balsam Gall Midge. BGM doesn’t kill the tree but repeated infestations will significantly stunt growth. Tiny yellow-orange maggots are present in the galls and will emerge as tiny delicate orange flies in late spring and early summer. The larva will overwinter. There is a predatory midge that controls the population and insecticide is effective in severe infestations if applied with at least 20% of buds have flushed.

Seedling Debarking Weevil
Infestations of Seedling Debarking Weevil will cause rapid mortality in seedlings. The weevils feed on the bark of new seedlings, scarring the stems and leaving wounds, making the seedlings susceptible to disease entry. The larva is whiteish grubs and adults are dark red-brown to black with small white spots on the wing coverings. They have a 2-year life-cycle with adults emerging mid-spring and again in the fall. To combat this weevil, delay new plantings in recently clear-cut blocks or scrape back the duff-layer before planting.

Did you know? You can learn more about pest management and earn pesticide points by attending The Balsam Fir Forum!

PrevPreviousAre Drones and Tree Care Right For Your Operation?
NextThe Importance of Having a Shareholder’s AgreementNext 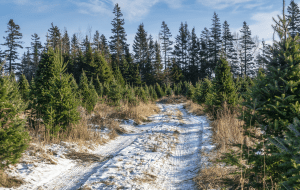 The upside of removing shade conditions is that most balsam fir will improve within two seasons, though response time will vary with different management techniques. 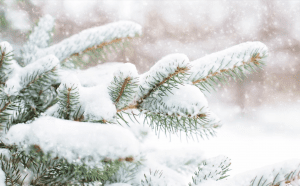 From the Christmas Tree Capital of the World to You!

Greetings from the Christmas Tree Capital of the World to you! It’s the middle of December once again, and the countdown to Christmas is 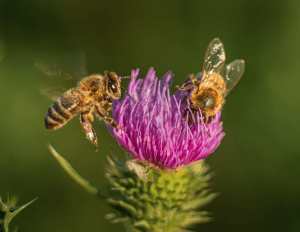 ‘Bee’ the Change Your Customers Want to See

Christmas tree growers can benefit from having land set aside for pollinators. It makes for great advertising with consumers wanting an environmentally friendly choice, but more importantly, the flowering plants that provide habitat for pollinators also support natural predators of common Christmas tree pests. 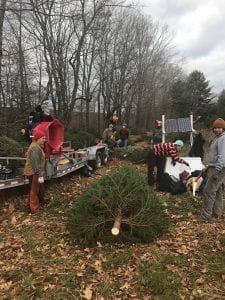 While the harvest is fresh in your mind, here are some considerations to have a more efficient harvest next year. 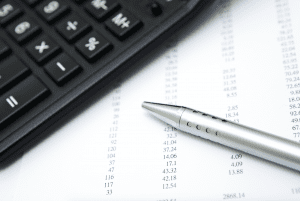 How a Lawyer Can Help You Collect Accounts Receivables

Sometimes the first step is just going back to your customer armed with better information to insist on payment. Talk to a lawyer, and learn what they are so you can make an educated decision. 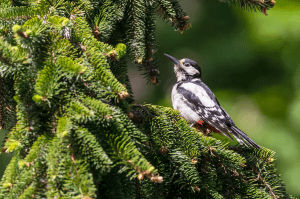 When establishing a new tree lot, selectively leaving hardwoods that offer habitat will drastically improve the biodiversity of the tree lot. Other ecosystem features that may be present in a Christmas tree lot and should be protected include caves, dens, valleys,  wetlands, open areas, and wintering sites, ponds, springs, and floodplains.  Topographic features provide specialty habitats for wildlife and foster lot resiliency.